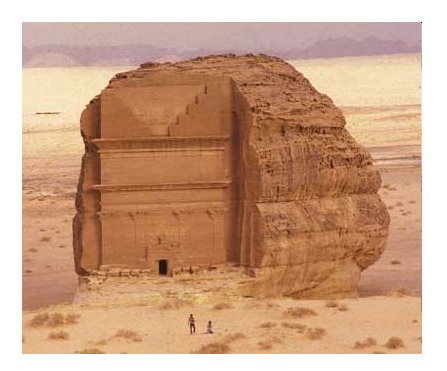 Over the past few years several books that challenge traditional Muslim historical accounts (including my own ‘The Mecca Mystery’) have appeared. Some people may respond to this by asking what the value of reaching into the mists of time to try and decipher Islam’s origins might be. Far form being an obscure and unnecessary pursuit I maintain that this is one of the most important things that historians can become involved in. I realize that this is a very bold statement. So, allow me to give you some reasons:

If Muslim history falls, Islam falls. It is sometimes hard for outsiders to fathom just how much of Islamic teaching is based on (supposedly accurate) historical accounts. Muslims have to turn not to the Qur’an, but to historical traditions for the following: The words of the confession of faith, how many times per day to pray, how to pray, how to fast, how to go on pilgrimage to Mecca, the rules for almsgiving. In short, the so-called Five Pillars of Islam (including the term itself) is based on traditions that Muslims believe had been pristinely preserved across the centuries. If it can be shown that these ‘reliable’ traditions are nothing of the sort, then the practice of Islam itself must be called into serious question.

History provides us with an opportunity to actually test Muslim claims. Muslim apologists are often very quick to retreat to faith as a means to deal with thorny issues. Some things should simply be taken on faith, they constantly assert. History, however, provides us with the opportunity to move beyond this impasse. This is because historical claims can actually be tested. So while we may just have to shrug our shoulders when Muhammad’s supernatural experiences come up for discussion, we can apply the standard methods of historical research when other questions are raised. Questions like: What evidence are there for the pre-Islamic existence of Mecca? Did the Arab invaders conquer large parts of the Roman Empire with the name of Muhammad on their lips? When do we find the first mentions of key Islamic object or teachings in recorded history? The answers to these questions may surprise you and will prove fatal to the confident pronouncements of Islamic supremacists.

History allows us to ‘Slip Through the Defences’. By focusing on history, critics of Islam can also go some way to getting beyond the emotive language that criticism of Islam is routinely greeted with. Those questioning Islam are often accused of being ‘bigots’ or ‘haters’ simply for querying certain aspects of Islamic theology or practice. These charges are nonsensical to begin with, but the belief that those who question Islam must ‘hate’ Muslims are so deeply ingrained that an indirect approach may sometimes be required. Focusing on history represents exactly such an indirect approach as it brings us into the realm of names, dates, people and places. In short, things that can be approached in a more objective and less emotive manner. By this I am not saying that those who question Muslim history should not prepare themselves for bitter denunciations and even threats of violence. What I am suggesting is that questions about history will have a better chance of ‘slipping through the defences’ given how seemingly non-theological they are.

I would, considering the above, like to suggest that historical questioning should be at the very heart of all efforts to undermine belief in Islam in our societies. A struggle that will be absolutely essential in the coming years if we are to survive as a civilization. May I, therefore, encourage you to ask the hard historical questions about early Islam by reading my book ‘The Mecca Mystery – Probing the Black Hole at the Heart of Muslim History’