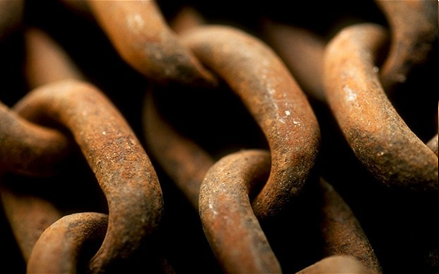 One of the most puzzling aspects of the current debate around Islam is the fact that it is pushed as an enlightened alternative to Western values by people who are essentially clueless about its regressive teachings. Nowhere is this more evident than in the disconnect between the idea that Islam stands for human rights and its attitude towards slavery.

Even a cursory examination of the Qur’an and hadiths will quickly reveal that Muhammad enthusiastically participated in the buying and selling of fellow human beings. The following is a brief selection of texts confirming this:

“O Prophet! We have made lawful to thee thy wives to whom thou hast paid their dowers; and those (slaves) whom thy right hand possesses out of the prisoners of war whom Allah has assigned to thee” (Qur’an 33:50) This is one of the many convenient revelations that Muhammad received. In this case, he is allowed as many sexual partners as he desires from among his female slaves. This verse would presumably not have been ‘revealed’ if Muhammad did not possess any female slaves.

“Jabir (Allah be pleased with him) reported: There came a slave and pledged allegiance to Allah’s Apostle (may peace be upon him) on migration; he (the Holy Prophet) did not know that he was a slave. Then there came his master and demanded him back, whereupon Allah’s Apostle (may peace be upon him) said: Sell him to me. And he bought him for two black slaves” (Sahih Muslim 10:3901) Here we see the prophet of Islam actually involved in the trading of slaves (selling two black slaves in exchange for a Muslim slave). Note that there is no record whatsoever of Muhammad immediately setting the Muslim slave free. Even if he did set him free it would have been better to pay in cash rather than with the black slaves. By ‘paying in slaves’ he ensured that the freedom of the Muslim slave (if he was indeed freed) was bought at the terrible price of the continued enslavement of the two black slaves.

“Narrated Anas bin Malik: Allah’s Apostle was on a journey and he had a black slave called Anjasha, and he was driving the camels (very fast, and there were women riding on those camels). Allah’s Apostle said, “Waihaka (May Allah be merciful to you), O Anjasha! Drive slowly (the camels) with the glass vessels (women)!” (Sahih Bukhari 8:73:182) This is just one of the many examples of Muhammad interacting with his slaves. Interestingly the hadiths often stress the fact that many of Muhammad’s slaves were black.

“The Prophet sent for a woman from the emigrants and she had a slave who was a carpenter. The Prophet said to her “Order your slave to prepare the wood (pieces) for the pulpit.” So, she ordered her slave who went and cut the wood from the tamarisk and prepared the pulpit, for the Prophet. When he finished the pulpit, the woman informed the Prophet that it had been finished. The Prophet asked her to send that pulpit to him, so they brought it. The Prophet lifted it and placed it at the place in which you see now.” (Sahih Bukhari 3:47:743) This hadith does not deal with a slave directly owned by Muhammad, but it does show that he had no problem commanding his followers to order their slaves to work on his behalf. It is a staggering fact that the very pulpit that he used to preach Islam from was constructed with slave labor.

Not quite ‘Let Freedom Ring’ is it? So, to Western apologists for Islam we, once again, have to say: There are none so blind as those who do not wish to see.